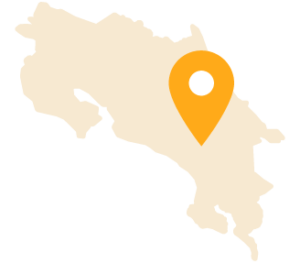 of CO₂ emissions reduced every year

Elias Monge is General Director of the Los Santos wind farm. He has lived here all his life. Don Elias, as he is known, was instrumental in organizing the community behind the wind farm project, and was the natural choice to be its director.

When asked what inspired the wind farm, Don Elias replies with a quote: “…a vast cooperative effort, unparalleled in magnitude and nobility of purpose, to satisfy the basic needs of the [Latin] American people for homes, work and land, health and schools…” John F. Kennedy, he explains, who called for an Alliance for Progress in his inaugural speech in 1961.

It was a time, he recalls, when everything seemed possible. The Alliance for Progress provided Costa Rica with financial and technical support for rural electrification, but the national power company never followed through. Not enough profit. But the inspiration never left the people of Los Santos, and the hope lived on.

More than fifty years later, that hope became a reality when the first turbines began to produce clean, renewable electricity for Los Santos. The project is owned by local residents and provides electricity to 50,000 people. And, by selling excess power to the national power company, the project invests in the community for schools, housing, health care, and job training, just as the Alliance had hoped. Also, Don Elias reminds us proudly, Planet Earth benefits, too, because the wind farm avoids as much as 14,000 tonnes of CO₂ emissions every year. 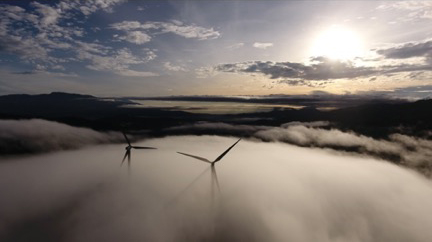