While volunteering in Honduras after Hurricane Mitch, Skye Lawrence noticed many children suffered from respiratory illnesses. She discovered that it was caused by smoke from wood-burning cookstoves used in homes. With a grant from her high school, she was able to build 30 stoves that rid homes of smoke and reduced wood use by half. From this small beginning, Proyecto Mirador grew to build more than 150,000 stoves across Honduras. Because the new stoves use less wood, this has collectively saved more than 1 million tonnes of greenhouse gas emissions from entering the atmosphere. 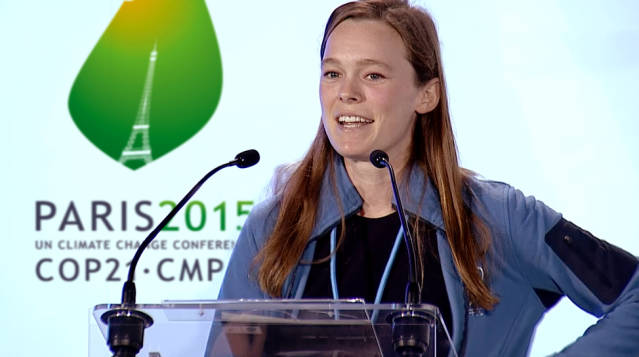 Skye has witnessed the increasing effects global warming has had on winters, oceans, seashores, animal life, and mountains. Despite the enormity of climate change, her own success with Mirador led her to have confidence that small actions by concerned individuals could have an immediate impact. Proyecto Mirador became her catalyst for change and helped her imagine a world where other projects with simple emission-reducing technolgies could grow with the right support. Skye helped launch Cool Effect at COP21, the Paris Accord, and ever since, she has been an advocate and a spokesperson amplifying this message to others looking to make a real difference in the fight against climate change.

“Peatland forests are beautiful and sequester millions of tonnes of CO2 every year, this community is making it their mission to protect theirs.”

Back to Our Team