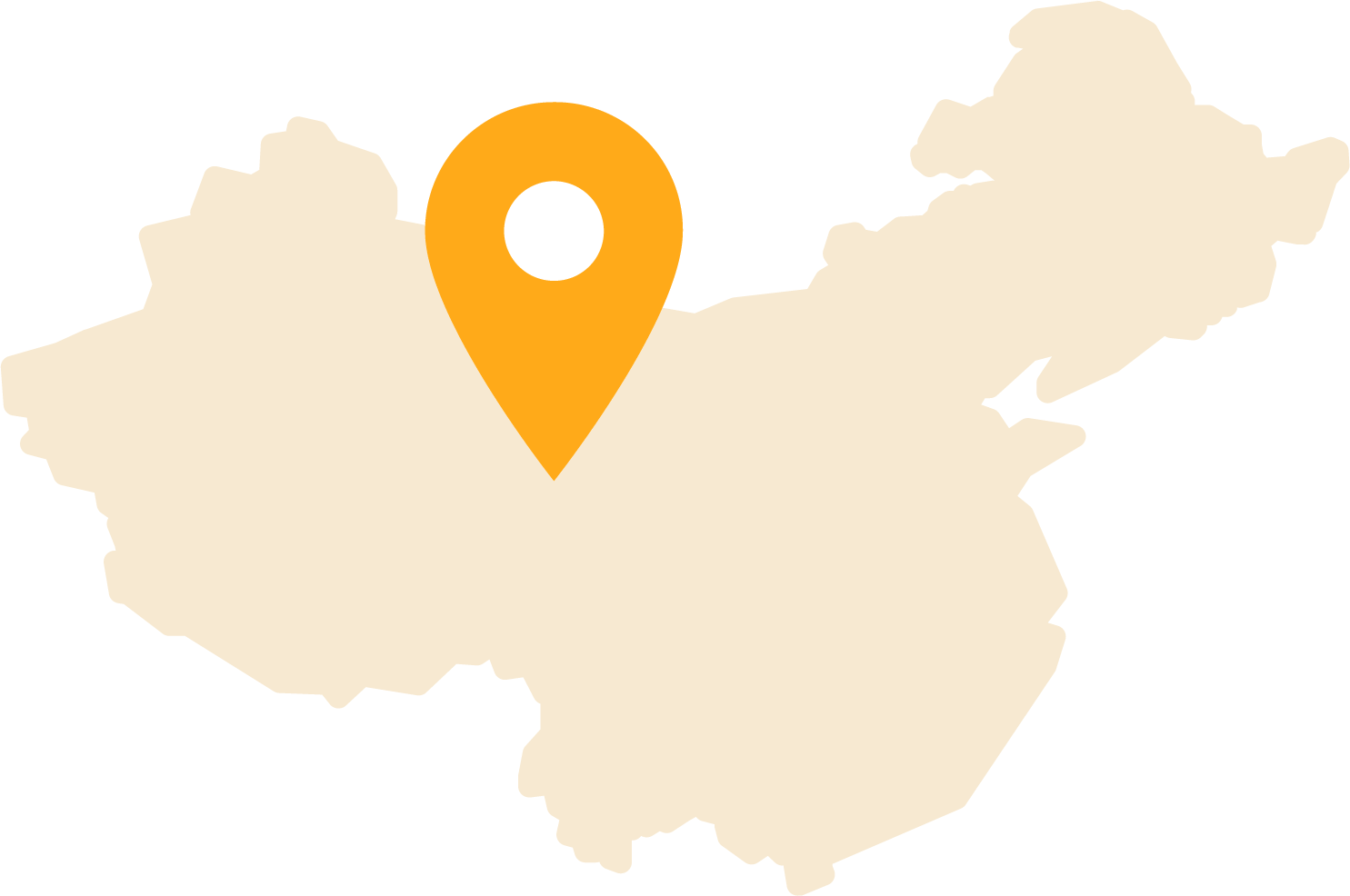 Much of rural Sichuan Province in China lacks proper waste management degrading hygiene and creating methane gas emissions that are 25 times more harmful to the planet than CO₂.

This project helps solve these problems by installing biogas digesters that decompose organic waste, turning it naturally into clean fuel that replaces the need to burn coal or wood. It improves the health of the local communities by creating a sanitation system that provides a waste collection point and creates compost for fertilizer that increases agricultural productivity. Digesters solve a nasty, unhealthy problem while delivering value to users on multiple levels: clean fuel, healthier homes and better crops. 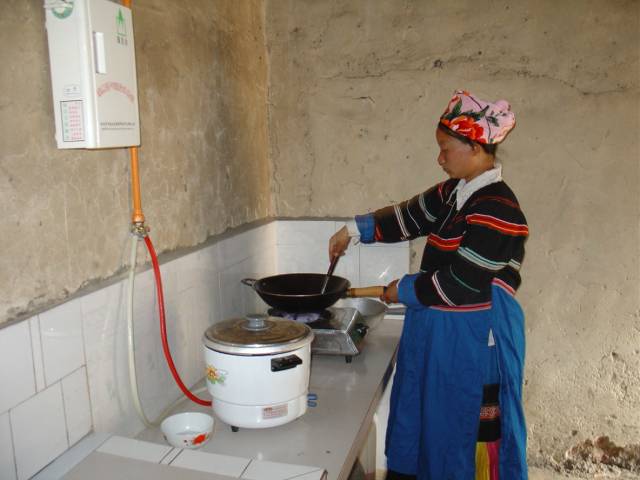 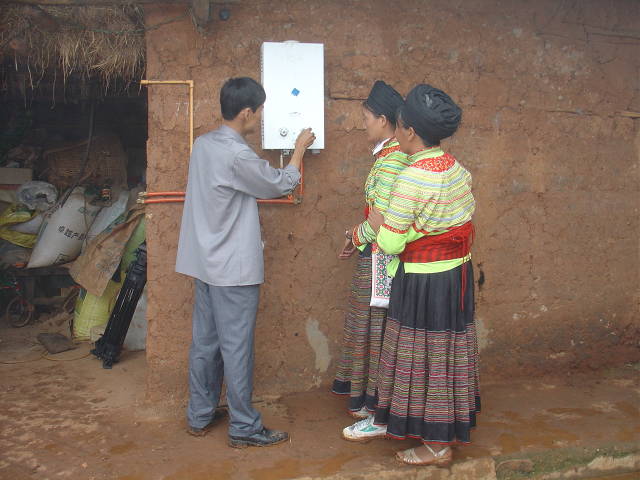 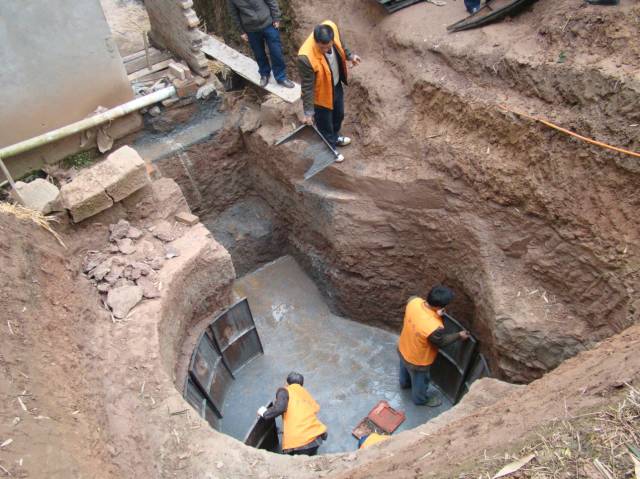 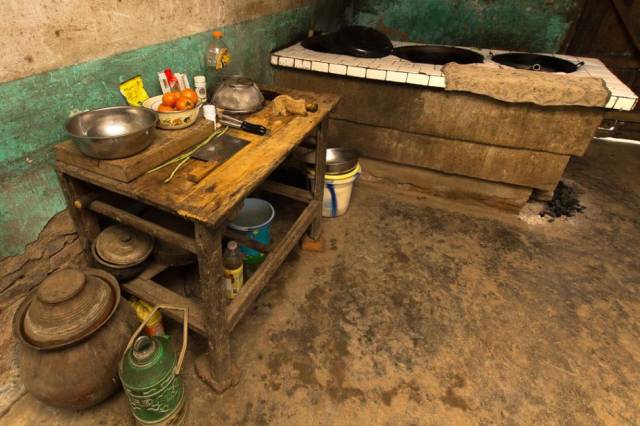 Biogas is a mixture of methane and CO2 that resembles propane and can be used in all the ways propane is used.  Biogas needs a methane producing bacteria to be successful and these are found in animal waste, food scraps and sewage.  In this project, a biodigester is built below animal pens so that manure flows directly into a chamber. The waste naturally decomposes, producing methane gas that is piped to a cookstove inside the house as clean cooking fuel. At the end of the process, the digester also produces a very effective organic fertilizer that can be directly applied to farm fields, creating a natural cycle of quality crops.  Compost not only saves money on fertilizer for farming families, it also provides a source of income when extra compost can be sold. 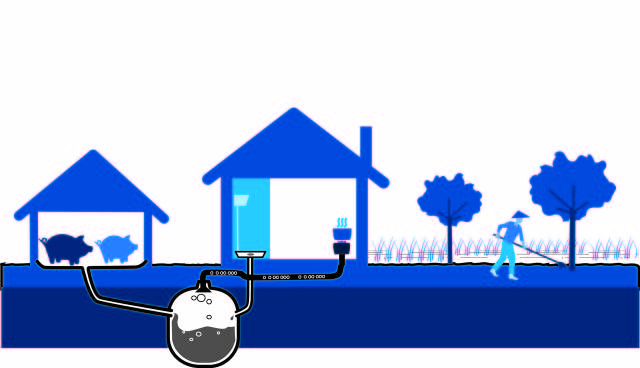 “The project exclusively addresses the target group of low-income rural households in China’s Sichuan province, who are not able to participate in the ongoing public biogas promotion scheme without further financial and technical support. Each of the project households exists on an average daily per capita income of just slightly more than one US dollar.

Beyond its massive reduction of GHG emissions, the project has enormous co-benefits for the participating poor rural households. Improved health, sanitation, income and better crops are just some of the benefits enjoyed by local households.

According to latest scientific research by the Center for Sustainable Environmental Sanitation (CSES) at the University of Science & Technology in Beijing, the project contributes notably to achieving at least 14 out of 17 UN Sustainable Development Goals (UN SDGs) in its Chinese target areas.”