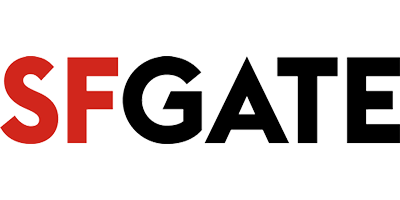 As San Francisco’s greenest flocked to the city’s annual environmental fest Saturday, guests and vendors alike — advocates of recycling, sustainable energy and ending animal cruelty — tried to avoid the elephant in the room.

The country had just elected a president who has called climate change a hoax.

On day two of the Green Festival Expo, a three-day event dedicated to living sustainably, it was business as usual as about 200 exhibitors hawked organic products and speakers pitched green lifestyle tips.

“We try not to be too political and try to be sustainable,” said Lisa Landes, marketing director for the event. “We’re not going to stop being green just because our president is not.”

Organizers expect 15,000 to visit this year’s expo, housed inside Pier 35 on the Embarcadero. After taking a few steps inside the building on the pier, guests can search for samples from dozens of booths — like the sugar-free chocolate at a brightly colored table from Lakanto.

Across from there, several flavors of Kombucha were on tap. One, a white tea brew with cold-pressed cucumber juice, mint and lemon, tasted slightly like pickles.

Then there’s Regrained, a company that takes the leftover grain from breweries like Magnolia, Triple Voodoo and 21st Amendment to make high-fiber, low-sugar snack bars.

For Elizabeth Charnas’ 3-year-old son, the best part was the lemonade at Kelly’s Jelly, where patrons could buy GMO-verified and gluten-free preserves.

“We love it, we come every year,” Charnas said. “We’re happy that it’s back here.”

The toddler hid his face with a bear mask.

But a shadow still loomed over the event for some guests worried about the election of Donald Trump. The billionaire businessman and reality TV star has repeatedly referred to climate change as a hoax and said online that concern about climate change “was created by and for the Chinese in order to make U.S. manufacturing non-competitive.”

Some guests used the all-natural products at the expo for quick relief from political turmoil and protests.

“We just went to the essential oils to release our stress from Tuesday,” said Laura Snarr, a 53-year-old San Francisco resident.

“We’re all going to have a lot of stress for a while. Maybe irreversible,” added her friend, 55-year-old city resident Elizabeth Mendelsohn.

The biggest surprise of the day was possibly the Humane Party booth, where party board member Maggie Sargent said she supports Trump, although she voted for her party’s candidate in the presidential election.

“I am a Trump supporter. I believe that the system has to be taken down and shaken up,” Sargent said. “People think I’m a joke being at the green convention representing and still vocally saying let’s get behind our president and see what he does.”

She said she hopes the president-elect becomes vegan.

Then again, others just wanted a sustainable Saturday, free from political talk. Over at the exhibit for Wonder Dog Rescue, organizers set up a makeshift petting zoo where children played with 11 rescue dogs wandering around an enclosure.

John Wilk, one of the organizers, said he’d keep mum about Trump.

“After everything that’s going on I just want to keep my mouth shut, let this blow over for a while,” he said. “But who doesn’t like a puppy?”