Snowmen: The endangered species no one talks about

For many, snowmen are an iconic part of winter. Millions of people have memories of building their round snow bodies, using pieces of charcoal for their eyes, crooked sticks as arms and a withered carrot for a nose.

Unfortunately, the way things are going, snowmen may stay just that: a memory.

The reason is global climate change. Two years ago, 2014 was recorded as the warmest year on record. The year 2015 beat that record, and now 2016 is poised to be the hottest year yet.

This unprecedented trend threatens to make snowmen go the way of the Dodo. Alarmed by their plight, Cool Effect, a platform that aims to bring people together in order to reduce carbon emissions, launched “Save Our Snowmen.”

These five points can help you understand the plight of our seasonal snow-made friends and how you can make a difference.

1. Winters are getting shorter 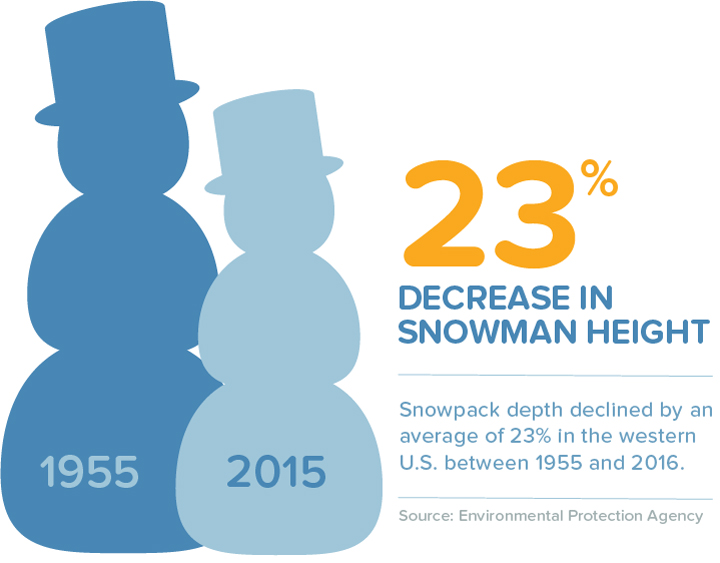 You may have noticed the gray November days now last into December, and the white Christmas so many of us remember and wish for ends up being gray. Once snow does finally cover the ground, it vanishes quickly. In fact, between 1955 and 2015, snowpack depth in the western U.S. declined by an average of 23 percent.

2. The snowpack is shrinking 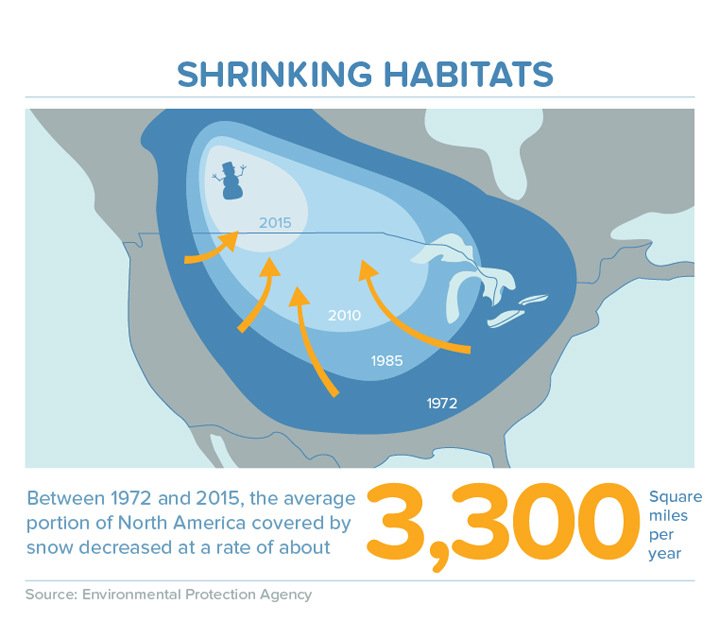 Around the country, snowmen are rapidly losing their habitat. On average, from 1972 to 2015, the part of North America that was covered by snow shrunk by 3,300 square miles each year, significantly affecting skiers, sledding enthusiasts and the overall population of snow angels. 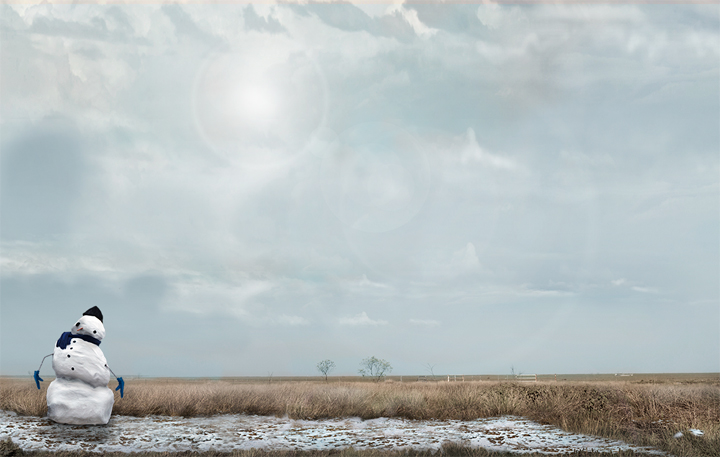 The nonprofit Cool Effect makes it easy to support innovative carbon-busting projects around the world, like bringing wind power to farmers in Costa Rica or converting methane into energy in Colorado. Through their Save Our Snowmen campaign, you can help fund these projects, fight climate change and make the world better for our snowmen.

4. Climate refugees on the rise 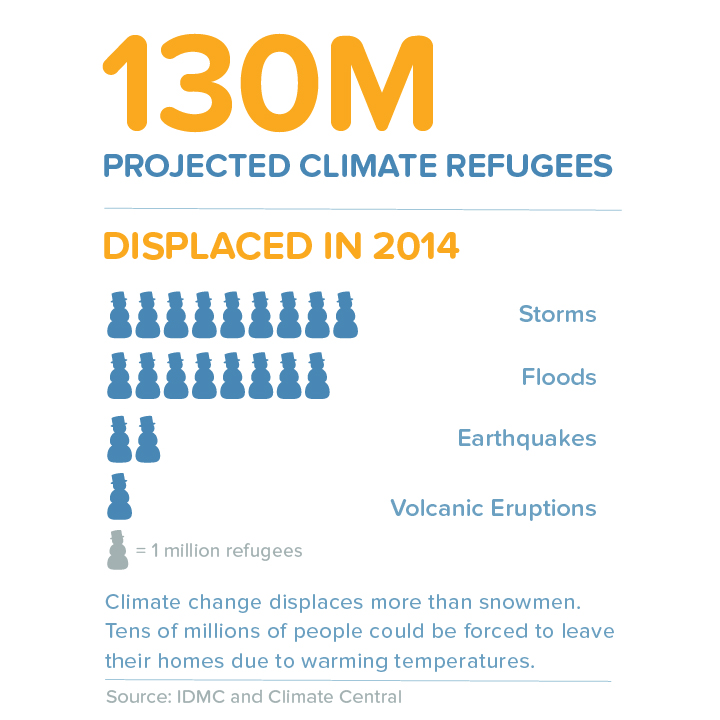 Even for those who escape to southern climates each winter or dread the sight of snow or feeling cold, there are plenty of reasons to be concerned. Climate change displaces more than snowmen. In fact, in 2014 there were 130 million people displaced due to a variety of climate related disasters including storms, floods, earthquakes and volcanic eruptions. 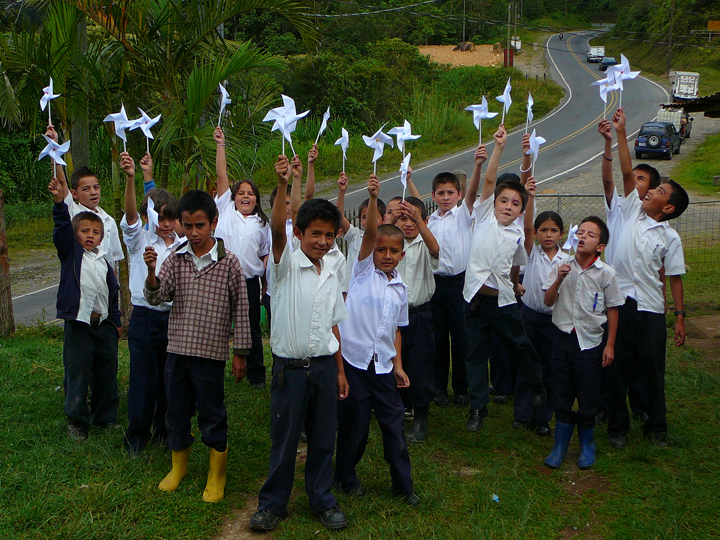 The never-ending summer may only be an expression, but ten of the warmest years occurred in the past 12 years, so we may be getting to that point. The result is melting ice caps, rising sea levels, floods and record-breaking natural disasters that make conditions hard on everyone, not only snowmen.

To find out more, visit www.SaveOurSnowmen.org and save a Snowman, a Snow Family or even an Avalanche.