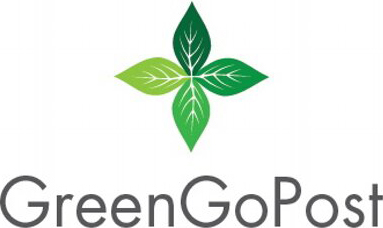 Peru has long been a top-10 coffee exporter, producing more beans than its Latin American competitors in Nicaragua, Mexico and Costa Rica. Some of its coffee is even exported to Colombia, where it is repackaged, rebranded and shipped out for export yet again. According to the fair trade co-op Equal Exchange, the coffee industry is a huge job generator in Peru, with approximately 110,000 coffee growers – many of them indigenous people to whom Spanish is a second language.

But with coffee cultivation and production comes environmental risks, including deforestation, soil erosion and the excessive use of agrochemicals.

To that end, the NGO Cool Effect, which manages carbon credit projects across the globe, has embarked upon a conservation effort in northern Peru’s Alto Mayo forest.

The region surrounding Alto Mayo, like much of northern South America, is rich in biodiversity. Hundreds of bird species and thousands of plants, many of which are found nowhere else on the planet, inhabit the Alto Mayo. The officially protected area of the forest, only twice the size of New York City, faces a bevy of challenges.

Despite its official proclamation as a protected area over 50 years ago, more people started to move into the Alto Mayo, clearing forests and killing wildlife. The government launched various initiatives during the 1970s and 1980s in attempts to focus on conservation, but those efforts were often abandoned or forgotten. Meanwhile, deforestation, the increase in population and the building of a major national highway continue to threaten this forest, with the coffee farms in this region contributing to the problem.

But according to Cool Effect, locals and communities are confronting environmental degradation. The local coffee co-ops are in alignment with NGOs working in the region. And together, they have succeeded in achieving organic certification for their product. Reforestation projects are on track to keep water fresh for the approximately 240,000 citizens who live downstream from the Alto Mayo. These efforts, says Cool Effect, prevent 500,000 tons of carbon emissions from entering the earth’s atmosphere.

The work of Conservation International and several nonprofits in Peru inspired Cool Effect to launch a carbon credit program to boost conservation efforts in the Alto Mayo. Consumers can pay as little as $8.79 for one time only or subscribe for the life of the project, to encourage locals to improve and expand their sustainable coffee growing practices. This initiative promises to increase the planting of trees and to create additional economic incentives for the locals who live and work on the land.

But this project is not just about reducing greenhouse gases or environmental remediation: The premiums that wholesalers pay the 600 families growing coffee here work similarly to fair trade projects, boosting incomes while building stronger communities.

It is easy for many of us to lecture the world and its citizens about what they should do in order to protect the planet. But we are not the ones having to live on the land, deal with local authorities and corruption and, finally, worry about how the next meal will be bought or if those school fees for children are going to be paid. Programs such as Cool Effect’s carbon credit projects can encourage sustainable development, mitigate climate change risks in a volatile sector and offer families economic security.