“One of the first things we agreed on was that we wanted to create something that would add value to the fashion landscape,” St. Bernard-Jacobs says of the label she started along with her co-founders Claudine DeSola, a celebrity stylist, and award-winning Orange Is the New Black actress, Alysia Reiner. In a year that’s been rife with activism, that meant elevating the sartorial conversation—less hemlines and heel heights and more environmentalism and empowerment. “We’re not just making clothes. We’re making culture,” she says. “With that comes an enormous responsibility as a part of a larger eco-system.” 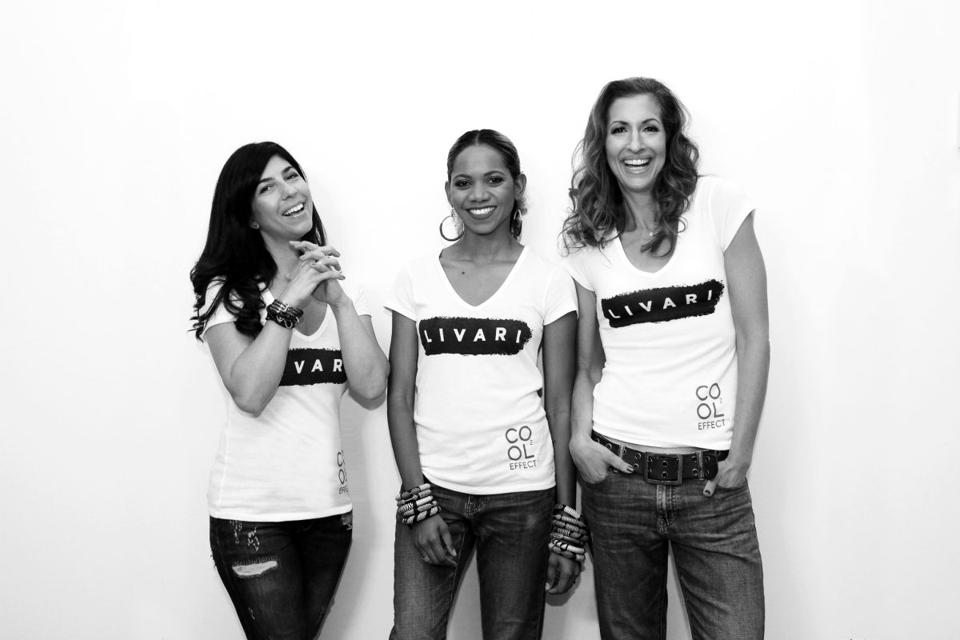 Chief on that list of responsibilities is a commitment to environmentalism. St. Bernard-Jacobs became a zero waste designer after encountering the work of fellow designer Timo Rissanen, who literally wrote the book on creating clothing without creating waste. “I was hooked on the challenge,” she says. With LIVARI, she envisioned a ready-to-wear line made from remnants—think surplus fabric purchased from mills and scraps from other design projects.

In the zero waste game, once a material is gone, that’s it, which means a lot of limited edition collections, totally one-of-a-kind pieces and a need for extreme creativity in the design process. Take, for example, a fish leather skirt included in LIVARI’s debut collection. “Our friends at Nova Kaeru sent us one skin and when the pattern was laid out, the skin wasn’t enough. I worked with the sewer, a highly skilled leather expert from the Garment District, to cut pieces from the edges and strategically re-position them to create a full skirt,” the designer says. “The challenge is always to make remnants not look like remnants. We’re really excited to reveal this skirt because the execution is just perfection.”

But that’s not the only way St. Bernard-Jacobs is attacking the challenges of sustainability in the fashion industry. Because “environmentalism doesn’t exist in a bubble,” it was important for the founders of LIVARI that the label set an example from sourcing to stitching to selling. In addition to their sustainably sourced fabrics, LIVIARI is ethically made in Brooklyn with an emphasis on fair labor and will be sold direct-to-consumer in order to eliminate excess product.

As icing on the eco-friendly fashion cake, the brand is also partnering with other sustainable initiatives. “With every sale of one of our t-shirts, we are supporting Cool Effect [a non-profit fighting climate change] by helping fund a carbon reduction project in Bagepalli, India,” says St. Bernard-Jacobs. “For every sale of our t-shirt, Cool Effect will retire one ton of carbon pollution on the customer’s behalf. “

For St. Bernard-Jacobs, equally important as raising the bar for environmental initiatives in the fashion industry is placing women at the core of the brand—starting with the very first threads of the design process.

“We didn’t want to design a single thing without first getting together a group of diverse women and asking them exactly what they wanted,” St. Bernard-Jacobs says. The result isn’t just clothing their customers can connect with, but a community approach to design that disrupts industry norms. “We realized fashion is most impactful when crowd-sourced.”

The commitment to elevating women in an industry where most of the top jobs still go to men carries through every stage of development. “Claudine, Alysia, and I are equally fascinated with every single person that contributes to the making of the product,” she says, including the female artists, business owners, and formerly incarcerated women the brand employs as sewers. “As women, we see firsthand the fight for gender equity in the workplace. We wanted to use this opportunity to shine the light on women that are doing incredible things because we have to push twice as hard to be taken seriously,” the designer says.

Hearing St. Bernard-Jacobs talk about LIVARI, the brand sounds like a movement—and in many ways it is. Given the designer’s work with the Women’s March movement (she’s the Youth Initiatives Coordinator), she understands how to identify issues that matter to women and inject them into the cultural conversation. “LIVARI was created at a poignant moment in fashion,” she says. “People are starting to peel back the layers of fast fashion and ask questions about who makes their clothing, where it is made and under what conditions. Women are becoming more educated shoppers and they want clothing labels that respect that.”

The combination of her sustainability savvy and passion for inspiring women produces a special kind of fashion alchemy. The result of which is a label that’s paving the way for the future of fashion and challenging the rest of the industry to follow suit. “[Fashion] holds a mirror to culture and leaves an impact on society that is lasting,” she says. “We have the opportunity to tell future generations what mattered to us at this current time.”

If St. Bernard-Jacobs has her way, the fashion industry will leave a legacy of activism that allows women to wear their values on their sleeves—a reflection of so much of our current cultural conversation. “I hope LIVARI feels like home to women.”

Macaela MacKenzie is a freelance journalist, content strategist and ghostwriter covering health, style and culture. Find her at macaelamackenzie.com.