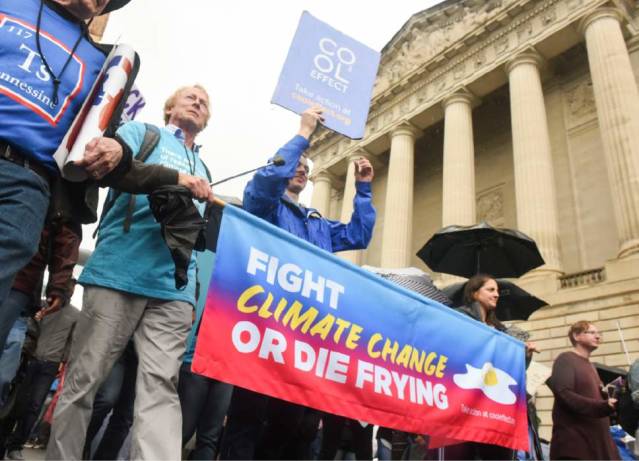 BOSTON (AP) — Several thousand people filled Boston Common to show their support for science in the face of climate change denial and proposed federal government cuts.
Scientists and researchers from Harvard, MIT and Massachusetts General Hospital were among the crowd at Saturday’s March for Science. Similar rallies were held in more than 500 cities around the world and coincided with Earth Day activities.
Organizers describe the march as a nonpartisan celebration of scientific knowledge.

But some marchers were critical of the Trump administration for proposed budget cuts and climate change skepticism. Some signs at the rally said “Save the Planet Recycle Trump” and “Science Makes America Great.”