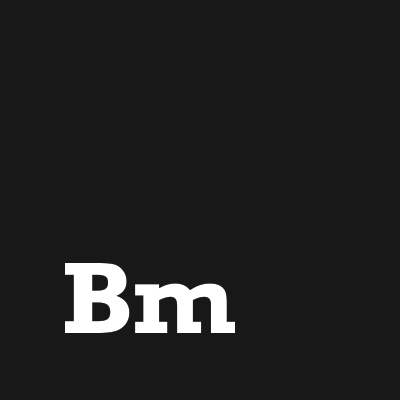 Good Campaign of the Week: Cool Effect “Save Our Snowmen”

More than 4,000 species worldwide are threatened by climate change. Whilst temperatures continue to climb, their only option is to leave their once hospitable habitats and migrate north to find cooler, more accommodating temperatures.

But you know this already. We’ve all known this for quite some time. And to be honest, aren’t we sick of being told off and made to feel guilty? Hasn’t the whole thing become a little tired? If only there was a way to talk about climate change without coming off as preachy, pious, and self righteous. If only there was a way to shake people by their proverbial shoulders and wake them up to the grim reality.

It seems environmental organisation, Cool Effect has found just the solution with their tongue-in-cheek campaign “Save our Snowmen.” Approaching the issue of global warming in a surprisingly lighthearted way, Cool Effect has created a mockumentary in aid of one unlikely victim of climate change: the snowman.

Part of a wider campaign created by San Francisco ad shop Swirl, the work imagines a horde of snowmen on the road, in search of colder climes. “Their habitat is threatened, their hope is dwindling.” Throughout the mini-mockumentary we meet numerous characters who have been affected by this mass snowman migration: the carrot salesman who’s been put out of business; the shop owner who’s plagued by icebox stowaways; and the little girl who lost her frosty friend and who is unlikely to experience a “real winter.”

“We want to capture people’s attention and highlight the startling statistics on climate change, and the beloved icon of snowmen made the perfect metaphor,” says Cool Effect marketing chief Jodi Manning. “The snowmen represent the many species—animals and birds—that are going extinct, as well as the humans around the globe that are becoming refugees due to climate change.”

In the three-and-a-half minute film, Dr. James Atwater, Director of the Global Snowman Sanctuary “Snowman’s Land” tells of the growing number of migrant snowmen that grew from “barely a trickle” to a whole “avalanche.” Using the imploring rhetoric of a real documentary, Atwater talks us through their efforts to provide for the refugees, making them as comfortable as possible in these trying times. But Atwater can only do so much, they need your help to save the snowmen from peril. Just make a one-time payment on the Save Our Snowmen website and you can help “bring our frozen friends home to their loving families.” But where is the money going? It’s all got to be a joke right?

Wrong. Whilst the money donated doesn’t directly go towards saving snowmen, all contributions help projects that “verifiably reduce greenhouse gases.” The idea is that with a little help “we can cool the planet and restore it to good health. Because nobody, whether they’re a snowman, a polar bear, or a human being, should be forced to leave their home due to melting snow and rising seas.”

Not only is the idea sure to capture the attention and imagination of the public, the Save Our Snowmen campaign is actually very well executed. With help from the talented artists at Framestore, the snowmen are endearingly anthropomorphised whilst avoiding any overkill. Though the dialogue is littered with cheesy jokes, they are delivered with a deadpan, serious tone that only adds to the comical absurdity.

Save our Snowmen asks the public to consider the harmful effects global warming has not just on our environment, but how this will affect us and the way we live our lives. It tricks us into thinking about serious issues that have been smuggled inside a lighthearted, humorous story — a sort of environmental Trojan-horse, if you will.

If this film acts as even the slightest wake up call to people, then it will all be worth it and hopefully the only thing that should be melting in the future is our frosty hearts.