March for Science held in cities around world calls for respect, funding

Scientists and supporters of science marched in cities around the world Saturday to push back against what organizers said is “an alarming trend toward discrediting scientific consensus and restricting scientific discovery.”

The March for Science, coinciding with Earth Day, was set for more than 600 cities worldwide, with the main event planned for Washington, D.C.

“Support for evidence-based science is a powerful force,” March for Science satellite organizer Kishore Hari said in a statement Friday. “The number of marches is incredible and a reflection of how important this effort is.” 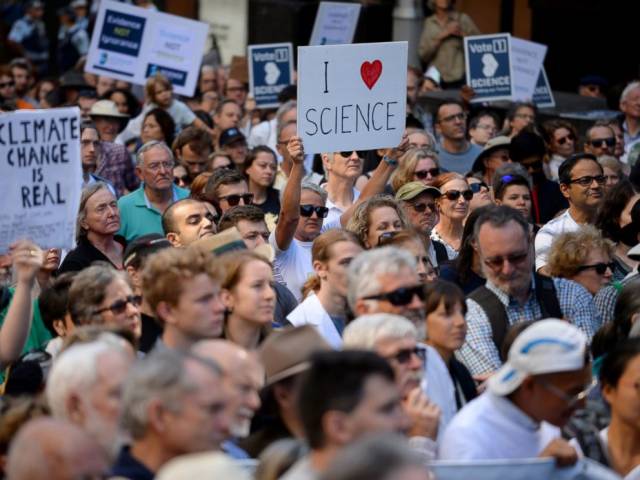 Supporters of science and research gather for the March for Science protest in Sydney, April 22, 2017. Peter Parks/AFP/Getty Images

Prior to the march in Washington, D.C ., famed American scientist Bill Nye, an honorary co-chair of the event, delivered a speech to a huge crowd in pouring rain.

“Show the world that science is for all. Our lawmakers must know and accept that science serves every one of us,” Nye said before shouting out, “Save the world!”

Even with the rain, thousands of people packed the Washington Monument grounds for the start of the march Saturday morning. Some were clad in white lab coats while others carried handmade signs calling for funding for scientific research. At least 27,000 Facebook users said they were attending the march in Washington, D.C.

In London, the march route went past the city’s most celebrated research institutions. Participants carried signs showing images of a double helix and chemical symbols.

In Geneva, marchers held signs that said, “Science – A Candle in the Dark” and “Science is the Answer.” 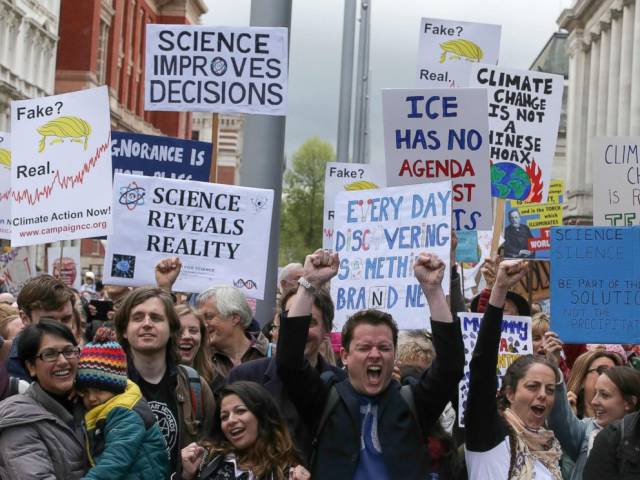 Scientists and science enthusiasts gather prior to the start of the March for Science outside the Science Museum in central London, April 22, 2017. Daniel Leal-Olivas/AFP/Getty Images

Berlin saw several thousand people march from one of the city’s universities to the Brandenburg Gate.

“We need to make more of our decisions based on facts again and less on emotions,” Meike Weltin, a doctorate student at an environmental institute near the German capital, told The Associated Press. 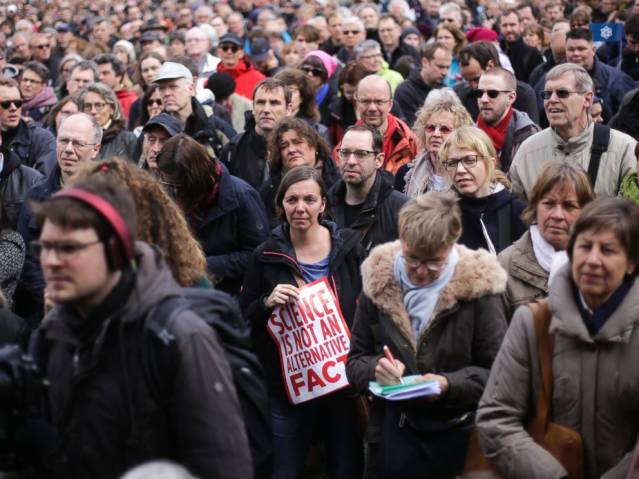 A woman with a poster attends with thousands of other demonstrators the March for Science in Berlin, April 22, 2017. Markus Schreiber/AP Photo

The idea for a March for Science began on social media after U.S. President Donald Trump’s inauguration in January.

Within weeks, organizers said, the concept went viral, with hundreds of marches being organized worldwide and thousands of volunteers offering assistance, all in an effort to get scientists out of their labs and onto the streets along with students, teachers and research advocates. The movement’s Facebook page has garnered nearly 550,000 likes.

“Science protects the health of our communities, the safety of our families, the education of our children, the foundation of our economy and jobs, and the future we all want to live in and preserve for coming generations,” organizers say on the March for Science website. “We speak up now because all of these values are currently at risk. When science is threatened, so is the society that scientists uphold and protect.”

The Associated Press contributed to this report.