“Over the last 20 years, I have reviewed thousands of different carbon projects from all over the world. During this time, I seen the positive impact that carbon projects have on both planet and people. Not only do they reduce carbon emissions but also improve the lives of individuals on the ground.”

“Over the last 20 years, I have reviewed thousands of different carbon projects from all over the world. During this time, I have seen the positive impact that carbon projects have on both planet and people. Not only do they reduce carbon emissions but also improve the lives of individuals on the ground.”

“I joined Cool Effect because of its approach to Carbon Done Correctly, finding the highest quality carbon projects and providing a platform to have their voices heard. By connecting individuals, organizations, schools, and businesses to these projects I know the world will be a better place.”

Geisa is the Director of Project Research at Cool Effect. Her career has led her to opportunities to work with some of the largest companies on the planet in various sectors. 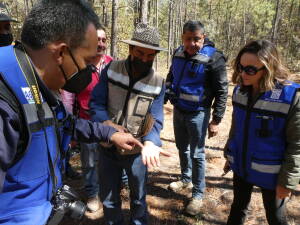 Geisa started her career as an auditor for SGS, a leading testing, inspection, and certification company where she audited over 100 different companies and their ESG plans. After a few years at SGS, Geisa continued her work at the UNFCCC where she was introduced to carbon projects. During her time at the UNFCCC, she conducted technical reviews of renewable energy and energy efficiency projects in Latin America, Asia and Africa. Before joining Cool Effect, Geisa worked as a lead auditor and Climate Change Manager for RINA Brazil where she led a team in developing sustainability strategies and solutions for companies and corporations.

“Bringing energy to some of the most remote villages in the world provides has tons of secondary benefits beyond reducing carbon.”

Back to Our Team